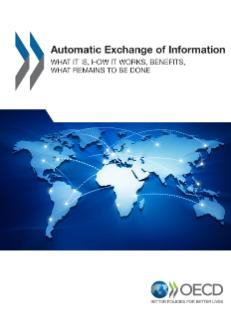 On 9 December 2014, the European Council adopted a directive that extends the scope for the automatic exchange of information. The directive revises the Mutual Assistance Directive (Council Directive 2011/1/EU on administrative cooperation in the field of taxation) to include interest, dividends, gross proceeds from the sale of financial assets and other income, as well as account balances, within the scope of the automatic exchange of information.

The dual aim is to prevent taxpayers from hiding capital abroad or assets from their local taxman, and to improve the efficiency of tax collection.

Member States will start exchanging information automatically under the revised directive for the first time by the end of September 2017 along with the other early adopters of the new OECD/G20 common reporting standard. Austria announced that it will join the other Member States in doing so by the same date, thereby not making full use of a derogation it obtained when political agreement was reached in October 2014.